BECOME A MEMBER   ABOUT    WHY JOIN?    LEARN    IMPACT
Skip to main content
finallogo.jpeg

We understand the importance of staying connected. That's why we make sure you have access to seamless online and mobile banking, all the time.

Send or receive money in a snap with INTERAC e-Transfer®. All you need is your email and/or mobile phone number.

INTERAC e-Transfer® is a quick and convenient way to transfer money for almost anything:

Whether you are an individual or business, you can use INTERAC e-Transfer® Request Money to easily request what you are owed. When you send a request, the recipient is notified via text or email. When the request is accepted by the recipient, the amount requested will be deposited into your selected account.

We take your financial security seriously.

Quickly and securely deposit cheques with your smartphone or tablet, from anywhere, day or night.

Our Mobile Banking App gives you the ability to control and manage your accounts, right at your fingertips.

Find your closest branch or ATM

Three local branches to serve you and 4000+ ATMs nationwide.

With mobile and online banking, pay bills securely and efficiently.

Fixed an issue with incorrect behaviour during switching logins for Touch ID/Face ID v15.1.26 to v15.1.32

Fixed an issue when FX currency rates list does not load for Foreign Exchange Calculator v15.1.20 to v15.1.26

Multiple performance improvements - the apps should be 20-30% faster now

WebVIew API is replaced with WkWebVIew in iOS

Fixed an issue with loading text missing on iOS 13

Fixed an issue with unwarranted force upgrade prompts on Android

Fixed a spacing issue on last logged in link modal

Fixed on issue with missing purpose string in info.plist on iOS

Fixed an issue with no confirmation number being provided for transfers

Fixed an issue with iOS Touch ID not displaying in settings

Fixed an issue with Mortgage Calculators not working in mobile app

Fixed an issue with some crashes on Android app

Fixed an issue where Login page prefix is not visible

Fixed an issue with French Deposit Anywhere marketing carousal v13.18.7 to v13.18.12 For Android app, MapActivity has been updated to use the new Location Provider Client

Fixed an issue with force upgrade messaging in iOS and Android

Fixed an issue with no confirmation # provided for Online Bill Payment

Fixed an Interac initialization crash on 32 bit devices. Note: Mobile Pay is not supported on 32bit devices, a message is now displayed instead of the crash

Fixed a number of issues regarding lockouts and failed login attempts when using features such as QuickView and TouchID - and also in upgrade or change PAC/PAN scenarios.

Accessing your accounts is easy

We are always here to help 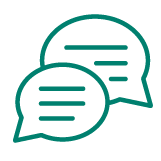 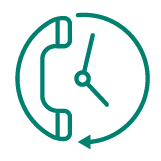 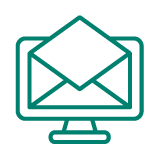 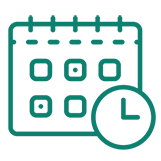 ® INTERAC Online and INTERAC e-Transfer are Trade-marks of Interac Inc. Used under license.